The practice changing CCTG SC24 randomized phase II/III trial is the first to show that stereotactic body radiation therapy (SBRT) is superior to conventional radiation treatments in alleviating pain from spinal metastases. Findings from the International trial have been published in Lancet Oncology https://www.thelancet.com/journals/lanonc/article/PIIS1470-2045(21)00196-0/fulltext.

Radiation therapy is commonly used to relieve the pain of metastases to the spine, by shrinking the tumors and reducing inflammatory cells. This study showed that using fewer and higher doses of precisely delivered SBRT is more effective than the standard treatment with 35% vs 14% of patients reporting an enduring, complete control of pain at the study’s primary endpoint of three months post-radiation. This is an important outcome as patients with uncontrolled pain have poor quality of life.

“This is the first phase III randomized trial that has shown an improvement with dose escalation for painful spinal lesions with stereotactic radiation,” said lead author Arjun Sahgal, MD, a professor and deputy chief of radiation oncology at the Sunnybrook Health Sciences Centre and the University of Toronto. “Pain deteriorates a patient’s quality of life and nobody with advanced cancer should have to endure this kind of pain. Patients with painful spinal metastases who meet the eligibility criteria should be offered this treatment.”

Spinal metastases are lesions on the spine that have spread from cancer that first occurred elsewhere in the body. While cancer can spread to any part of the body, two-thirds of patients with cancer will experience bone metastases, research has shown that 70% of patients with terminal cancer develop spinal metastases before they die. Once cancer has spread to the spine, it is rarely considered curable, but the goal of treatment options is to help patients live longer with less pain.

Radiation therapy is commonly used to relieve the pain of spinal metastases, by shrinking the tumors and reducing inflammatory cells. It is typically delivered through multiple fractions of lower-dose, conventional radiation (CRT), or though SBRT, which allows radiation oncologists to target tumors precisely with very high doses of radiation in fewer fractions.

The SC24 phase II/III trial involved patients in both Canada, Australia and New Zealand. Participants were enrolled in Canada through CCTG and the Trans Tasman Radiation Oncology Group (TROG) oversaw the trial conducted in Australia and New Zealand. This trial illustrates how international research groups can successfully collaborate to test new treatment strategies in cancer patients.

This treatment will be a new standard of care to help cancer patients live with less pain.

In this study researchers randomized patients whose primary tumors (mainly in the breast, urinary tract or lung) had metastasized to cause painful spinal lesions. Patients were treated with either two SBRT fractions for a total dose of 24Gy (n=114), or five CRT fractions for a total dose 20Gy (n=115). Eligible patients reported initial pain scores of greater than two on a scale of 1-10 (with a median score of five) using the Brief Pain Inventory. Pain scores were measured again at three and six months.

There was no difference between the study arms in radiation site-specific progression-free survival or overall survival. After three months, 92% of patients in the SBRT arm and 86% of those in the CRT arm were locally controlled at the treated site (p=0.18); the rates at six months were 75% and 69% (p=0.34). 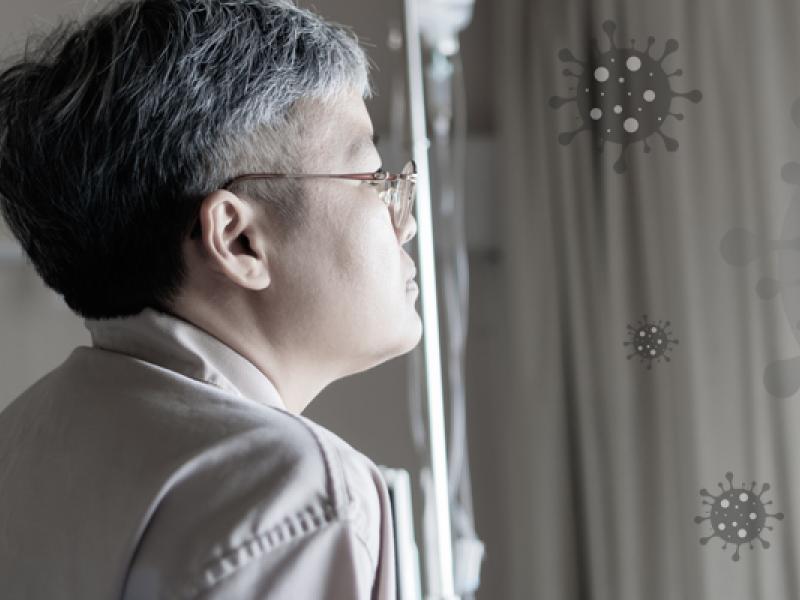